From when I graduated from college until I was about 35 years old, I was kind of scared to spend money.  I was fearful of not having money.  The only thing that made me feel less anxious and less vulnerable in life, was having a lot of money in several different bank accounts, because it is a bad idea to have all of your money in just one place.

By the time that I was about 33 years old, I was sick of living in Florida, I was sick of being stuck in traffic for two hours every day on I-75, living in an apartment like an insect in a hive, and living amongst people who acted like rats, cockroaches, and monkeys.  I left Florida to move out west, not knowing where exactly that I wanted to live.

I lived in Colorado for a short while, but I didn’t like it.  Once you got to where there were many employment opportunities, like Colorado Springs, or Denver, it was almost the exact same thing as what I tried to get away from in Florida, terrible traffic, everyone living in apartments like insects, and everyone behaving like insects instead of human beings.

After I left Colorado, I was very fortunate to find an area in Arizona that I liked very much.  The area that I moved to in Arizona was so peaceful, stress free, calm, and beautiful, that I became very comfortable, happy, relaxed, and I was no longer so fearful about needing to have a lot of money.  The jobs that I had in Arizona generally paid enough for me to pay all of my bills and living expenses.

In Arizona, unlike any other place that I had lived up until then, there were many old vehicles with no rust.  In Florida, you just about never ever saw an International Scout, an old Ford Bronco, or an old Toyota Land Cruiser, because they had all long ago rusted away.  In Florida, old Jeep CJ5s, CJ7s, and Scramblers were also pretty uncommon. 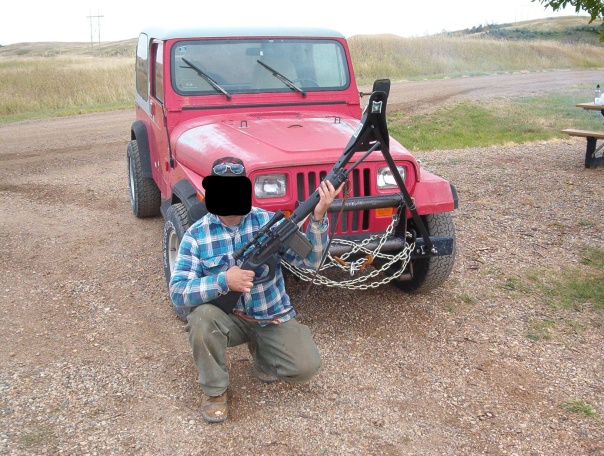 I had a lot of fun with this Jeep Wrangler in Arizona, and I enjoyed it very much.  I began thinking, “Instead of having money in the bank, I more enjoy having vehicles.  I like owning the vehicle, having it around, driving it, using it, and having fun with it, a lot more than having money in the bank.  And, if I ever needed to, I could sell the vehicle and get some of my money back.”

So very soon after buying the Jeep Wrangler, I bought a yellow 1977 Jeep CJ5 with a 304 V8 engine.  This tiny Jeep CJ5 with the big V8 engine, was really something else to drive.  When driving off-road with the CJ5, if ever you were near getting stuck, you just had to give it a little bit of throttle for just a few seconds.  This 1977 Jeep CJ5 did not have any rust on it anywhere, it only had about 50,000 miles on it, and it had never been modified.  I swore to myself that I would never get rid of this Jeep CJ5, the mileage was so low, and it was in such good condition, that it was practically irreplaceable.

Though I swore that I would never get rid of this 1977 Jeep CJ5, about five years later when I was operating my own contracting business in Idaho, I went ahead and traded it even for a 1976 Ford F250 Super Cab with a custom built 460 tractor truck pull competition engine.  I was really happy with this trade.  I never could find a hard top for the 1977 Jeep CJ5, though the Jeep CJ7 hard tops were not hard to find.  I was happy to be getting this big F250 truck that I could tow equipment trailers with, and something that was warm and comfortable inside the cab.  Here is a photograph of this truck, which you can partly see the side of this truck in the headline photograph at the top of this post:

When I traded the 1977 Jeep CJ5 for the 1976 Ford F250, I felt like my belief was confirmed, that having and owning vehicles was just as good as having money in the bank, only better, because you could drive, use, and enjoy vehicles, whereas you could not enjoy money in the bank that was just sitting there.

The car that I bought had been modified in the late 1970s.  It was lowered, the rear wheel wells were enlarged to accommodate wider tires, the front bumper was changed to add an air dam, the rear hood was changed to add a spoiler.  This did not matter to me when I bought the car, it made the value of the car less, and something that I could afford.

I liked the car and enjoyed driving it on open roads and winding mountain roads, but not in town.  It was very low, had a very low ground clearance, no power steering, and something like a 1st gear lock out, which made if very hard to shift it into 1st gear.  The car was not insured for anywhere near what it was worth, and most people had no idea what it was worth.  It was uncomfortable for me to drive it around town, because I felt like I was putting a lot of money at risk.

The value of this particular car was increasing at about 20% per year.  Whether I was driving it, using it, or it was sitting in the garage, its value was appreciating at about 20% per year.  If I would have tried to sell this car in Idaho or North Dakota, I would have been lucky to get $3,000 for it, and someone would have only wanted the air-cooled engine out of it, to put it in a rail buggy and trashed it.  The engine with its transaxle was probably worth $15,000.

This was a car that I promised myself that I would never, ever sell.  If I would have just kept it sitting in my garage, eventually it would have been worth more than my house, or I could have bought another house with it.  But due to some unforeseen circumstances, I unexpectedly needed money, and I found that I could not get a job anywhere at that time.  I had to sell this car.

When I just tried to find out the value of the car from a vintage car company in California, they offered to FedEx a cashiers check to me overnight, and that was the end of that.  I had looked at this car as a Piggy Bank for years.  In a way I was relieved to be getting rid of it, but I also felt sick to my stomach to be losing it.

What I was sick to my stomach about, was that I promised myself that I would never sell this car, and I was not able to keep this promise.  I hadn’t really decided to sell it, I was forced into selling it.  To make myself feel worse, I acknowledged that I would never, ever, be able to own a car like this again.  The next time this particular car comes up for sale, it would be over $120,000 after the body modifications are removed.

Even though I have been telling myself ever since I started buying old cars, that I could always sell them when I needed to get my money back, it is my best and most favorite cars that I will most likely to have to sell, and it is really upsetting and miserable even to think about losing them.

To make myself feel worse, here are some early 911″S” for sale on Hemmings: 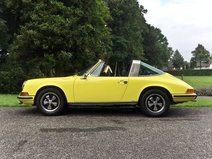